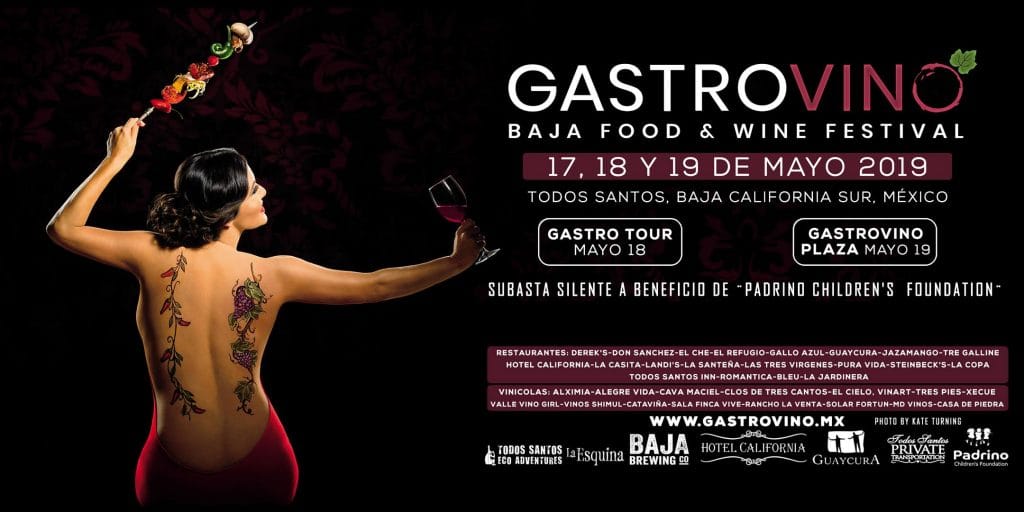 We can go on and on about the many reasons why the charming town of Todos Santos should be included in every Baja itinerary and today we’re thrilled to share just a few more reasons why and when! Todos Santos has become a true festival town, with some amazing gems throughout the calendar worth planning a trip around including:

January brings two weekends of the Todos Santos Music Festival. Featured in Rolling Stone, the music festival is the brainchild of REM band member Peter Buck, and was created to raise money for The Palapa Society, a local nonprofit focused on education. Among his friends old and new who have shown up to play are The Old 97s, Deathcab for Cutie, The Autumn Defense, and grammy award winners La Santa Cecilia.
February brings the Todos Santos Festival del Arte, a week-long celebration of Mexican culture that typically features live music, dance and theatre performances, painting and drawing exhibitions, lectures on local environmental and social issues, piano and poetry recitals and lots more. A wonderful addition to the festival is Todos Santos Open Studio Tour. Typically over 40 Todos Santos studios participate and mediums include oils, pastels, watercolors, mixed media, encaustic, ceramics, sculpture and photography. Proceeds from the Tour go to the Children’s Art Fund of The Palapa Society.
March ushers in the Todos Santos Film Festival. Curated by Sylvia Perel, director of the San Francisco Latino Film Festival and the Latino Festival of Redwood City, California, this fantastic festival brings together a terrific selection of feature films, documentaries and shorts from across Mexico and Latin America. Many well-known film directors and actors (such as Diego Luna) attend to present their films and lead audience discussions.
April/May belongs to the GastroVino Festival, a wonderful celebration of the food and wines of Baja California – and you get to indulge in plenty of both! It’s a great opportunity to get to know local chefs from Todos Santos (and their food) and wine makers from Baja’s Valle de Guadalupe wine-growing region (and their wines). Terrific live music performances throughout the day. It’s fabulous! Silent auctions each year benefit various causes such as the Todos Santos fire department amdthe Padrino Children’s Foundation.Based on the remarkable success of these festivals, several more festivals started up in 2019 including the Todos Santos Mole Festival, the Todos Santos Jazz Fest and the Todos Santos Blues Festival. When planning your next itinerary be sure to ask the team at Todos Santos Eco Adventures about what’s happening! They not only enjoy these fun-filled and inspiring festivals but always sponsor the music festival, the film festival, the open studio tour and GastroVino Festival!