Guatemala is steeped in the rich and important history of the Mundo Maya. Now, the creative and resourceful team at Maya Trails have crafted a new historical adventure with their Ancient Mayan Pilgrimage Through the Heart of Guatemalan Jungle: El Mirador, Holmul and Yaxha itinerary. It’s a one-of-a-kind journey on foot and by helicopter into the depths of the jungle! Guests trek with members of the Carmelita community who enlighten with their folklore and share secrets of the surrounding forest. They’ll dine by candlelight and camp near ancient ruins with an astronomer to interpret the night sky, while renowned archeologists unveil secrets of the hidden ancient Mayan civilizations by day. 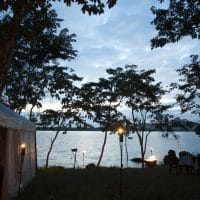 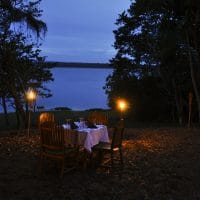 The trek begins in Flores, on the shores of El Lago Petén Itzá. From here a transfer is provided to the traditional community of Carmelita who settled in the heart of the Mayan jungle in the early 1900’s. Initially the extraction of sap or chicle (used to produce organic chewing gum) from the chicozapote tree was the main economic driver. For the past 120-plus years, the inhabitants of Carmelita have lived in harmony with the forest. In 1997, the government granted them the Community Forest Concession, through which the community is responsible for the protection, management, and conservation of an area of 530 km2 in which more than 97% of the natural forest is conserved. Recently, they have created a social community enterprise. This cooperative is dedicated to promoting tourism products and services, especially pertaining to the Carmelita-Mirador Trek and the Puerto Arturo Wildlife Refuge. The Carmelita community are quite simply the reason we can trek deep into the jungle to reach El Mirador on foot! They will act as our guides, provide equipment, meals and chefs, and all-around support including mules for carrying goods and the occasional tired hiker.

It will take two full days of hiking through the impressive Maya Biosphere Reserve (16 km and 24 km respectively) to reach El Mirador on foot. In addition to the support team from Carmelita, one of Maya Trails’ expert naturalist guides with special focus on Archaeology will join for the duration of the journey. The trekking will follow paths and ancient causeways through lowland jungle – a perfectly apt setting and climate to feel like a rugged explorer and push comfort limits a little, enhancing the experience all the more. Wildlife sightings are more than a chance possibility on the trail. The first night will be spent camping in the jungle at Tintal. All supplies will be carried by the team. Expect basic tent with roll out mat on the ground under a thatch roof. Meals cooked over a campfire and are an excellent time to swap stories before an early nights’ rest. The reward of the jungle adventure comes at the end of day two when reaching the entrance of El Mirador, a deep sigh, and immeasurable sense of self-accomplishment. *This hike is challenging and not for everyone. There are no roads to El Mirador, but non-hikers do have the option to helicopter in.

El Mirador is known to be the highest and largest Maya town ever discovered. This Pre-Classic Mayan city flourished as a trade center from around 300 BCE to 150 BCE. Its main attractions are the two large complexes of pyramids that face each other called El Tigre and La Danta. La Danta Complex is technically lower than El Tigre, nevertheless it is located on a hillside, making it the tallest structure in the Mayan World (230 ft high). The Tiger Pyramid is 18 stories high, and it bases covers an area the size of three football fields.

This Maya Paradise is still in the process of the active dig by Dr. Richard Hansen. This itinerary invites you to encounter El Mirador with Dr. Hansen, who has worked this dig for 40 years, and to enjoy a hands-on experience as an archeologist for the day – an incredible opportunity at this lost city of the Maya inhabited by only jaguars and monkeys for centuries.

On the third day a helicopter will be the means of transport over the vast jungle below, and providing perspective of how hidden these sites really are. It is a rare privilege to visit Holmul, made more special in the company of the renowned lead archaeologist, Francisco Estrada-Belli. Holmul is one of the longest sites occupied by the Maya, from 800 BC to 900 AD. And despite its relatively modest size, Holmul played an especially important role in two of the greatest Mayan dynastic rivals – Tikal and the Kaanul or Snake dynasties. Homul has gained notoriety and fame recently with the discovery of the largest intact Mayan frieze ever found in the Mundo Maya – The Holmul frieze (26 feet long x 6.5 feet high)! Painted in red, with bits of blue, green, and yellow, it depicts three human figures wearing elaborate bird headdresses and jade jewels seated cross-legged over the head of a mountain spirit known as a witz. Two feathered serpents slink below.  Evidence of the Snake King dynasty. Stucco friezes are exceedingly rare and extremely fragile so finding a 26ft intact one was astonishing and sent the archaeological world into a frenzy. Estrada-Belli’s discoveries at Homul are rewriting what we know about the history of the ancient Maya. 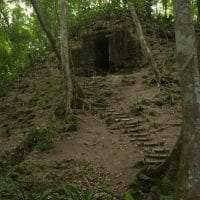 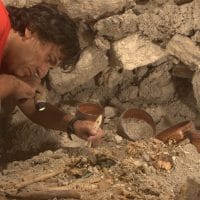 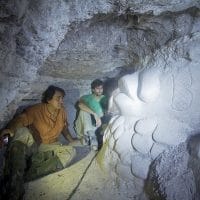 Francisco Estrada-Belli is an Italian-born Guatemalan archaeologist. He received a Ph.D. in archaeology from Boston University in 1998. He teaches archaeology and geographic information systems at Tulane University in New Orleans having previously held positions at Harvard University, Boston University, and Vanderbilt University. He is the author of “The First Maya Civilization. Ritual and Power before the Classic Period” (Routledge, 2011) the first book on the origins of Maya civilization since 1977. He is an active field researcher and directs a multi-disciplinary archaeological project in the Holmul region of Peten, Guatemala. He has research appointments with Universidad San Carlos de Guatemala, and the American Museum of Natural History, is a fellow of the Society of Antiquaries of London and a National Geographic Explorer. In 2010 he co-founded the Maya Archaeological Initiative, a US non-profit organization that promotes research and youth education on Maya heritage as well as cultural site preservation.

Following an inspiring day at Holmul, a helicopter transfer will depart late afternoon to fly to Yaxha, the third and final sacred site on your adventure. Here, your camp is set up within the ruins. An upgrade from the previous two nights, this will be a glamping set up – noticeable in the style of tent, comfort of bed and linens. Dinner is al fresco once again, with solar candles placed throughout the complex – an absolutely magical setting. During the next two days, we explore the site by day and spend time with an astronomer at night. Given the particularly sacred importance of the site, we are invited to join a Mayan shaman for a unique spiritual experience, as well. 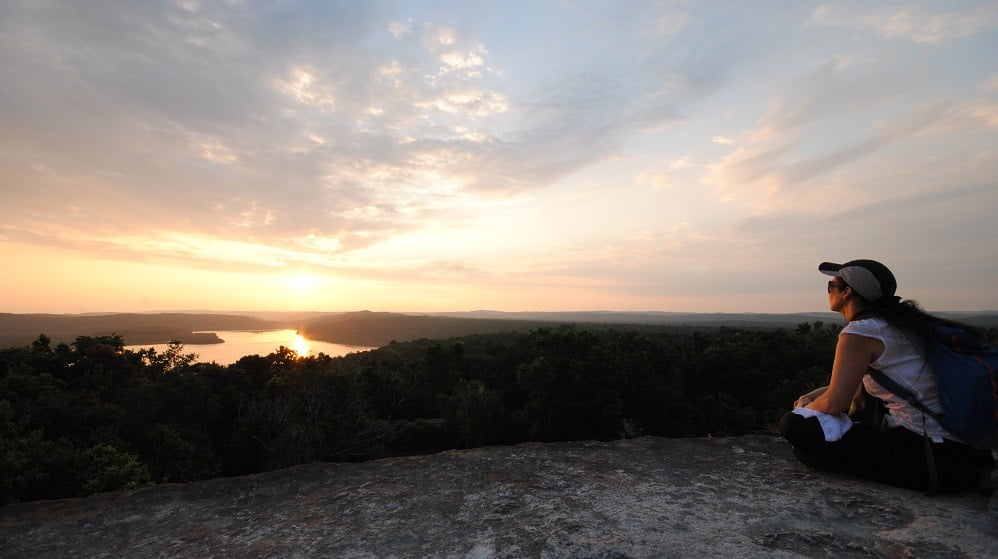 Yaxha is an archaeological site and ancient ceremonial center of Mayan civilization situated in the northeast of Peten. This Mayan site, discovered in 1904 by architect Teobert Maler, is situated within the Mayan Biosphere Reserve along the sites of Nakum and El Naranjo. From the major pyramid you can enjoy a great view of Yaxha lagoon, and another Mayan site called Topoxte. This site is better known by the CBS reality show “Survivor” filmed in 2005- though rest assured no one will snuff out your torch while visiting. Yaxha, meaning emerald-green water, is a sacred ceremonial center located between lagoons of Yaxha and Sacnab. This site has over 500 structures including 40 stele, 13 altars, two ball courts and nine temple pyramids.  Structures at Yaxha show the influence of Teotihuacan and include the only twin pyramid complex outside Tikal. Receiving fewer visitors than other sites, Yaxha remains peaceful and there are wonderful wildlife watching opportunities. The sunset on top one of the temples on a clear day is simply stunning!

A final helicopter ride brings travelers back to Flores for the final two nights of pampering and adventure at the beautiful Las Lagunas Boutique Hotel, Museum and Spa. Enjoy this refuge on the lake as you wish!