Several days prior to my departure to South Africa for the We Are Africa trade show, I received an urgent WhatsApp message from Craig Smith, founder and CEO of New Frontiers. “Tad, can you call me ASAP?!” It’s not often that Craig sends urgent messages, so I immediately called him, expecting to hear about some drama with a trade partner or worse, the South African government backtracking on waiving COVID tests for vaccinated guests! But thank god, it wasn’t either of those worst case scenarios. Instead, Craig answers with the phone on speaker and says “Tad! I’m here in Durbs with Michael from Grootbos and he really wants you to come stay at the new Garden Lodge while you’re in Cape Town next week. Do you have any free nights to pop out there?!” In all honesty, my schedule was pretty full but when you get an invite to stay at Grootbos, you find a way to make it happen! I had previously visited Grootbos back in 2016 but only for lunch and a site inspection. So I rearranged a few meetings and confirmed that I’d love to come visit!

Michael generously arranged a pick up for me from the Cape Town airport, straight off my international flight which arrived at 5:30am. By 6am, I was in a Grootbos vehicle, speeding toward Gansbaai with no traffic to speak of on this dark, pre-dawn Sunday morning. As we summitted Sir Lowry’s pass above Cape Town, we caught a beautiful sunrise illuminating the Elgin Valley just below us. And less than two hours later, we had arrived at Grootbos Private Nature Reserve and the newly rebuilt and stunning Garden Lodge, just in time for coffee and breakfast. I packed a lot into the next 24hrs! 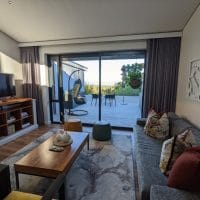 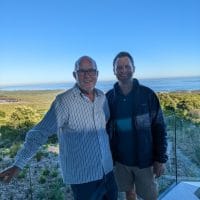 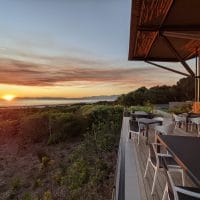 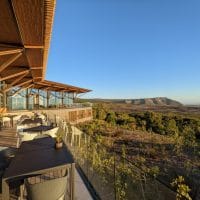 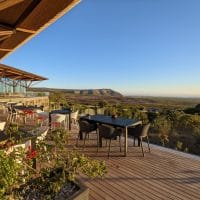 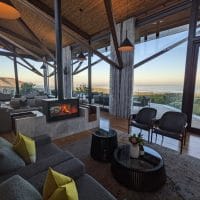 It was glorious morning as we descended the dozens of steps down the limestone bluffs of the Walker Bay Reserve to the ocean, where the surf crashed dramatically through the kelp beds onto the rocky beach. These coastal bluffs are home to numerous expansive caverns which were formed by freshwater drainage eroding away the porous limestone. Eventually, large caves were formed by changing sea levels and the pounding waves from the ocean. The most famous of these caves is Klipgat Cave (stone hole), named after a remarkable window-like opening that yields spectacular views over the bay. These caves were home to a variety of Middle Stone Age people and then eventually the Late Stone Age people known as the Khoikhoi. We explored the various caves with our Grootbos guide, learning about the changing environments, wildlife and people of the coastal region over the millennia, depending on the changing levels of the ocean. 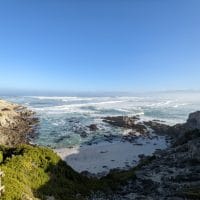 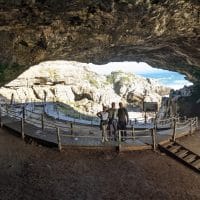 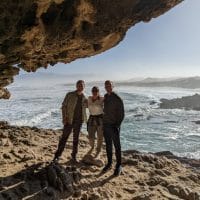 After our coastal hike and cave exploration, we made a short stop at the Marine Dynamics’ “Great White House,” to drop off two brave shark cage divers! While there, I learned a bit more about the recent “disappearance” of the Great White sharks from the region thanks in part to predation by two now infamous Orca whales, named Port and Starboard. I purchased and later read the book Orca: The day the Great White sharks disappeared by Richard Peirce, which is a fascinating deep dive into this ecological drama with real world impacts on marine life as well as the people who rely on Great White shark tourism for their livelihoods.

Returning to Grootbos, I headed off on a botanical aka flower safari! Yes, that’s right, take a breath you skeptics! Not every safari needs to be about big game and the big five! Grootbos is home to over 800 recorded plant species on the 8600 acre reserve, including six completely new species never discovered anywhere else in the world. On the drive, our guide introduced us to the incredibly diverse world of fynbos on the reserve – you can’t imagine how many different and unique species of fynbos there are! On top of that, we enjoyed glorious views of the entire Grootbos reserve, Walker Bay, the coastal dunes, Gaansbaai and even out to Dyer Island. 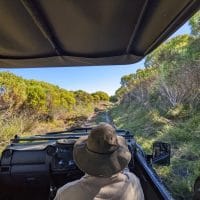 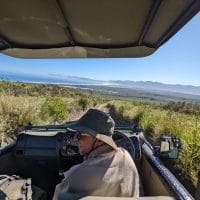 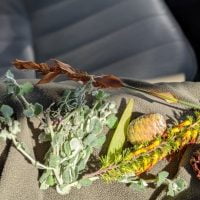 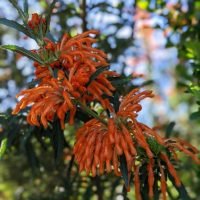 After a delicious lunch at Grootbos’ Forest Lodge (there are two lodges on the reserve, Garden Lodge and Forest Lodge), I enjoyed some downtime (and some Grootbos tea) back at my (very) spacious villa at Garden Lodge. That evening, Michael treated a group of us from the trade to an amazing wine pairing dinner in the extraordinary wine cellar of the new Garden Lodge – what can I say but WOW. Michael and his sommelier and chef prepared an absolutely incredible pairing of one-of-a-kind wines from the Elgin Valley and delicious, local, fresh and creative cuisine from the region. It was an evening and a meal to remember and one which we’ll remain at the top of my “best meals ever” list! 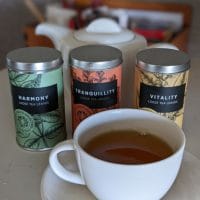 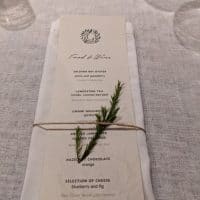 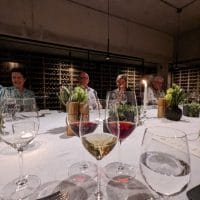 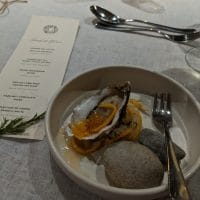 The following morning, I headed off in the twilight for a sunrise hike on the Grootbos trails through the fynbos and the Harry Potter-esque Milkwood forest. As luck would have it, I also witnessed the moonset/partial lunar eclipse over Walker Bay! I could have spent hours, days, exploring the extensive trails on the reserve but alas, I only had about an hour to bathe in the forest this morning before a quick breakfast back at the lodge and then my departure back to Cape Town. 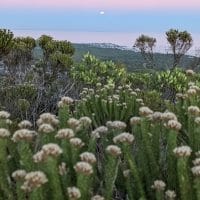 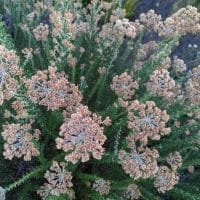 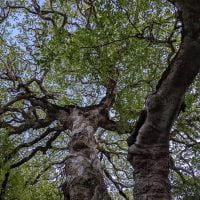 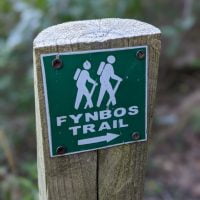 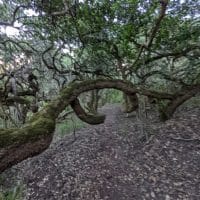 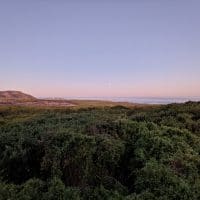 I can’t wait to return with my family and stay a while to fully experience this amazing place. Thank you Michael for your kind invitation and incredible hospitality! Congrats on the absolutely glorious new Garden Lodge and most importantly, thank you for your meaningful and lasting impact on communities and conservation in this beautiful part of our world.