Some sort of magic is pretty much always afoot on the Ngamo Plains. Recent Imvelo guests spotted the lioness Tegwane’s cubs on a kill. That morning, three of Imvelo’s game drives, within two hours of leaving camp at dawn, each enjoyed a remarkable thirty minutes with first Tegwane and her three cubs and then Cindy, the Ngamo Plains cheetah super mom with her three cubs too, both patrolling the plains and showing the youngsters what it takes to be a successful predator. 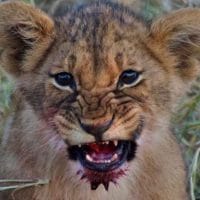 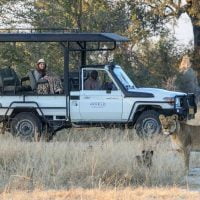 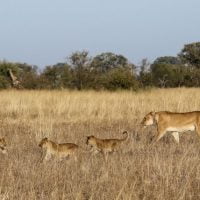 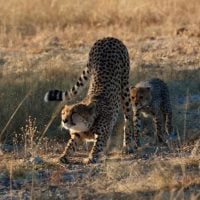 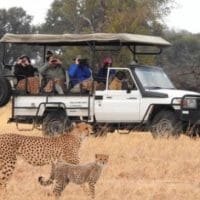 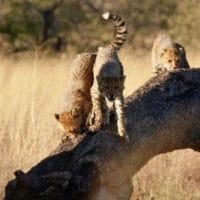 Everyone is celebrating the three cubs born to Tegwane. The father of the cubs is Lesang, son of the famous Cecil of Hwange; Tegwane was seen in consort with Lesang over New Years, resulting in much anticipation about the possible arrival of cubs. The cubs would have been born in April and would have been between one and two months old when first seen by Imvelo guide Pete in late May. Tegwane would have kept them hidden for the first weeks of their lives as it is always a tense time when they are first introduced to the other adults.

Significant in this story of the plains is the fact that for predators, the more varied vegetation and cover on the Bomani concession is helpful in improving hunt success and also is better suited to raising youngsters. In particular, lionesses and female cheetah wary of cub predation use the Bomani concession as a nursery area every year. 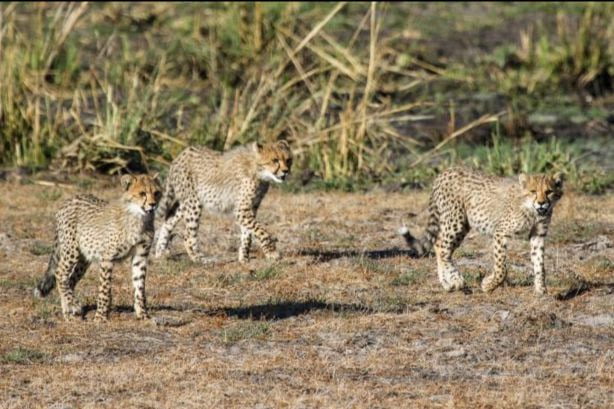 Each of these three portions are today ecologically different because they have been modified by differing natural and man-made processes. For example, the portion to the west inside the Park being on the downwind side of fire-driven steam engines for over 100 years was seriously modified by wildfires. Later, this was one of the first of Ted Davison’s original windmill powered waterpoints, resulting in heavier herbivore pressure. On the communal land side with its subsistence farming, elephants in particular were strongly discouraged to reduce human wildlife conflict. The result was flourishing, healthier woodland areas.

But the key to this backstory is the eastern Ngamo Forest portion that is today the private Bomani Concession. Upwind of the prevailing easterly winds, the wildfires created by careless firemen on the steam trains were fewer. It was also further from pumped water, so there was less pressure from herbivores. Today, the resulting vegetation is very different from that in the western portion. There are more palm trees, more varied grasslands and combretum shrubs, and various antelope species are seen that are much less common on the park side of Ngamo. These include common reedbuck, waterbuck and sable antelope. The blue wildebeest that is so characteristic of the Ngamo Plains also shift their grazing from the park side in the green season to the forestry side as grasses are diminished late in the season.

For predator watchers, the ‘cherry on top’ are the special game drive rules that apply to the private Bomani Concession. They allow for some careful and sensitive off-road driving, whereas off-roading is not allowed inside the park. Guests at Bomani and Camelthorn are able to spend time in both the park and the Bomani Concession – the best of all worlds! 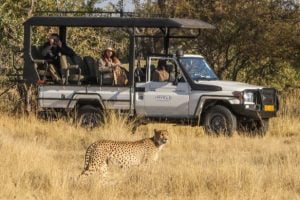 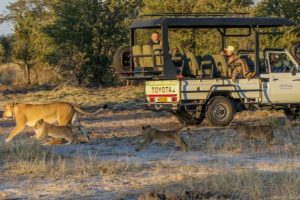