Return to Travel – Zimbabwe: Bomani, Camelthorn and the Ngamo plains

Our remaining time at Bomani Tented Lodge and Camelthorn Lodge consisted of exploring the game-rich Ngamo plains in the southeast corner of the park, both inside Hwange National Park and on Imvelo’s private Bomani concession, which directly borders the park. The Ngamo plains are the largest plains in Hwange and they always deliver an incredible game experience. We were treated to many sightings of plains game including eland, kudu, wildebeest, zebra, steenbok, impala and waterbuck. We also had the chance to visit with the mating lions again – they were still mating, while four other younger males hung around nearby. They were all very relaxed to have us nearby. The female lion was collared by Hwange Lion Research, which focuses on reducing human-animal conflict which arises from lion predation on the livestock of rural communities which border the park in the Tsholotsho communal land. 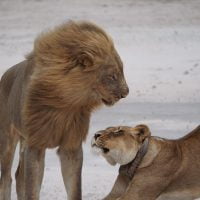 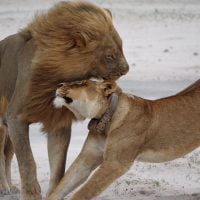 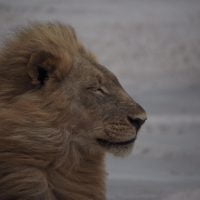 We also had some special elephant sightings. On an evening drive, we stopped by Stoffie’s Pan in the park to find a huge herd of 75-100 elephant streaming into the waterhole to play and drink. After enjoying their time, they moved off, and we moved ahead to Major pan where the herd also reconvened and were joined by even more elephants. It was a spectacular sight to see so many gathered in one place!

We also walked up on a breeding herd of Cape Buffalo. It was awesome to watch Sibs figure out how to quietly position us using the wind and observing behind natural barriers such as termite mounds so that we would not bother them. We got within about 100 feet of the herd without any buffalo noticing our presence. We had the chance to observe them for several minutes before silently retreating, the buffaloes none the wiser. 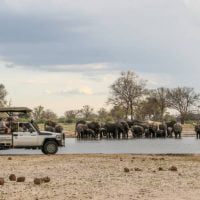 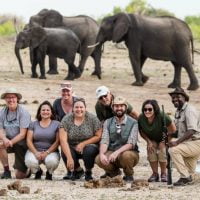 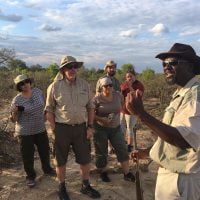 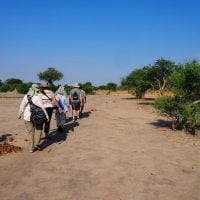 Our final morning was spent on a game drive followed by a trip to Ngamo village just a few minutes from the park border in the Tsholotsho communal land. Village Headman Johnson Ncube and his wife Dorothy welcomed us into their homestead while following all COVID protocols (no hand shaking, wearing a mask, social distancing, etc). He kindly spent time telling us about the village’s relationship with Imvelo, talking about village life and sharing what life had been like during COVID. Unsurprisingly, a community that relies so heavily on tourism has been devastated by lack of visitors, though he said there hadn’t been any cases of Covid in the area. Among the issues – revenue from the village market has ceased, funding for school programs has dried up and the annual Imvelo Smile and See safari had to be canceled because of European travel restrictions (most of the volunteer dentists and optometrists are Spanish). Mr. Johnson was excited to receive a group of Americans and is optimistic about tourism resuming, especially as Zimbabwe has done such an excellent job in preventing the spread of COVID. 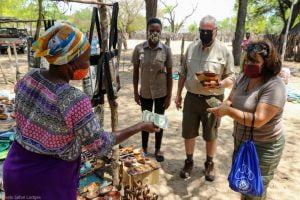 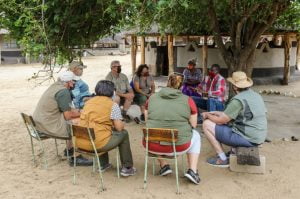 Our final stop was the outdoor village market. Two dozen or so villagers had set out their wares for us to choose from, and I’m happy to say much safe and socially distanced commerce took place. If anyone from my family is reading this – you’re getting a gift from Zimbabwe for the holidays!